On Wednesday evening, November 18, 2015, I sat down to continue my perusal of my nearly complete Criterion Collection, Spine #359 -- "The Double Life of Véronique" by Krzysztof Kieslowski. 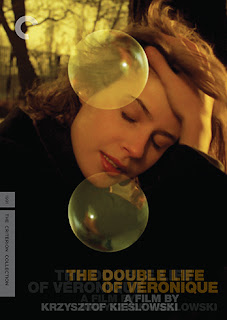 After the Polish changed into French, I began to notice that I was having an extremely difficult time concentrating on the film. That's not normal. I can watch Kobayashi's nine-hour "The Human Condition" without blinking.

Minutes later, I was both sitting on and kneeling in prayerful posture at The Porcelain Throne.

Some Pepto-Bismal was attempted (good OTC product -- usually works!) but by 3:00 A.M., it was obvious that something terrible was going on in my internal workshop. As much as I hated the idea -- knowing full well what we were probably in for -- we decided to go to the E.R.

Off to St. Mary's Hospital -- which is literally just five minutes away -- and I wait in pain for 15 minutes or so until I'm seen.

After a bunch of tests, I'm admitted due to a very high white blood cell count. The IV goes in the arm with no trouble and I'm wheeled into a room (thank God, no roommate the entire stay) ...

Okay -- here comes the fun part. This is why St. Mary's Hospital got a D.

Four days of torture -- and when I got home last night I felt happy -- yea, ecstatic!

Gonna watch my diet, drink lots of water (Evian of course) and thank God for getting me out of that place still alive.
Email Post