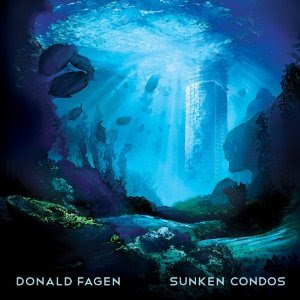 Donald Fagen will be 65 in a few months. Old man, on behalf of all us aging motherfuckers who still think we can swing, plant funk, sew it all up and serve it on out -- we thank you! This has got to be one of the swingingest albums of all time. And as the kids say ... Really?

His fourth solo album promises to be a most delicious dish ... but is it a luscious dessert, a cherry-banana topping off the Trilogy ( Nightfly (1982) / Kamakiriad (1993) / Morph the Cat (2006) // or is it something brand new; perhaps the start of a new series ... or is it an enigma, to be slowly unwrapped over a long period of time; each listening revealing yet another wondrous kick on some ambiguous and-of-four which punches up a whole new set of matrices, weaving in and out of lyrics like this:

What stands out for me in this lovely interview with the two forces behind this product is the delicious way they "recall" the other talent on the disc, including Michael's father, Jay:

Personally, I think this album should have been titled "q.v." Quod vide, which see; meaning check out every single musician on this date, and you will find an amazing artist in his or her own right, including Jay's daughter and Michael's beautiful sister, Carolyn: 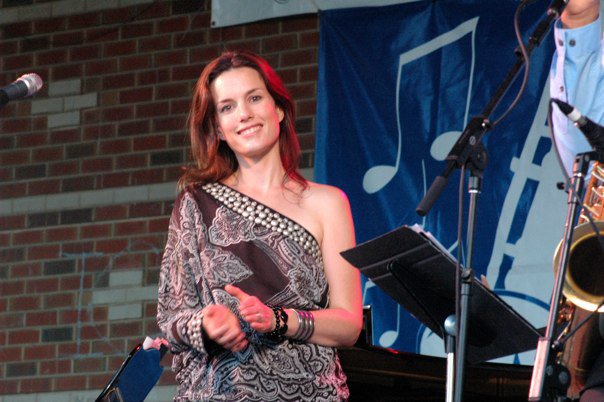 For example, clicking on any of the three links above (Jay, Joe, Carolyn) will send you down a rabbit-hole of musical deepness (listen to the audio which plays when you click on Martin's name!) and must-check-this-out type of talent.

The first thing we notice is an acoustic bass! Mr. Joe Martin, ladies and gentlemen. As I said, q.v. Every single musician on this release ... and this dude is tasty! [If you click through on his name above, you will hear a clip from his latest...]

Check out the instrumentation here at the beginning: Bass, Clavinet (Leonhart [hereinafter referred to as ML]), Drums (also ML), Guitar (Jon Herington), and another sound which sounds like a soft synth sound; perhaps it is Fagen (DF) on Prophet 5.

It's interesting to note how the bass, clavinet and "soft-synth" parts are written-out while Herington slides around ...

It could not possibly be more deliciously funky!

Sure is October, in any case. At least it was when I began this post...

An A Minor groove sizzles until the penultimate line in each verse when he shifts to some exotic false-dominant substitutions. The sizzle becomes positively steamy in the second verse:

The vibes now stay in the mix while Donald and the girls chant More light -- more light six times.

II. I'm Not the Same Without You

IV. Weather in my Head

VI. Out of the Ghetto